Home
About Us
Contact Us
Events & Photos
Meet Us

Furrowing the deep blue sea with oars, The Wyrm pursues to Jutland's shores, They met; and in the battle storm of clashing shields, full many a form of goodly warrior on the plain, Full many a corpse by Wryngwyrm slain.

Wryngwyrm Dark Age Warband is a historical reenactment group based in and around Bedfordshire and is a member of the Vikings (the UK's oldest and largest Early Medieval re-enactment society). We portray characters and events from the time of the first Viking invasion in AD793 to the Battle of Hastings in AD1066, but mainly focus on the period set between these events when the Anglo-Saxons and Vikings both fought and lived together throughout the British Isles.

Wryngwyrm does not only portray the violence and bloodshed of the Early Medieval era, but through our superb living history encampment, we also show the more day-to-day side of life of villagers; their crafts, food and games. From warriors and archers to skilled crafts folk, from thralls to Jarls we aim to represent all aspects of the Viking Age both educating and entertaining the general public up and down the country. 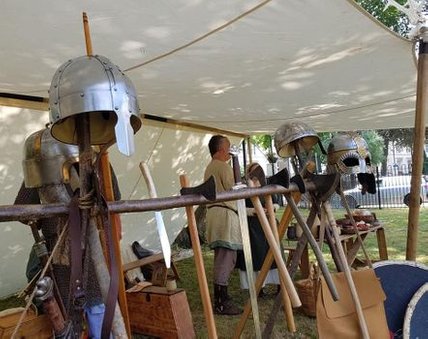 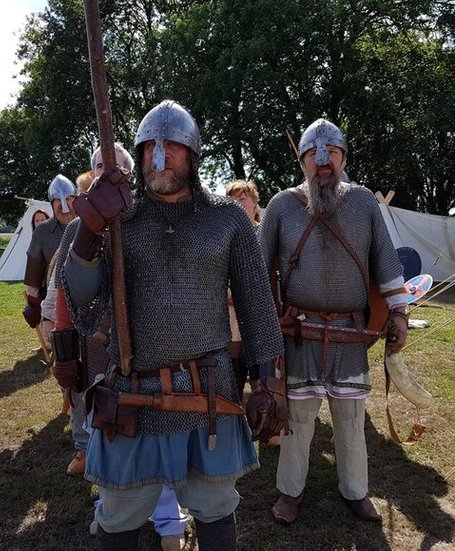 Wyrngwyrm prides itself on high standards of authenticity to the period and being a friendly and approachable group with members from across the county.

If you think you have what it takes to survive the Early Medieval era and would like to have a go at living in the days of our ancestors, then please contact us via our 'contact us' form.

For enquiries about booking us for your event then please use the 'contact us' form. 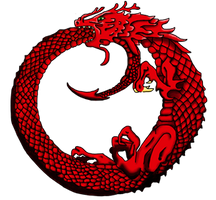